The face of Yurnero the Juggernaut, which is concealed beneath his mask, has never been revealed. If he even has one, that is just a hunch. Yurnero was banished from the historic Isle of Masks as retribution for disobeying a corrupt lord; this punishment spared his life. Soon after, the island disappeared beneath the water during a night of vengeful magic. He is the only one left to continue the long-standing Juggernaut legacy of ritual and swordplay on the Isle. The last practitioner of the craft, Yurnero's self-assurance and bravery come from years of practice, and his creative use of the blade shows that he has never ceased pushing himself. However, his intentions are as opaque as his facial expression.He fights with the confidence of a hero who has already lost everything twice. 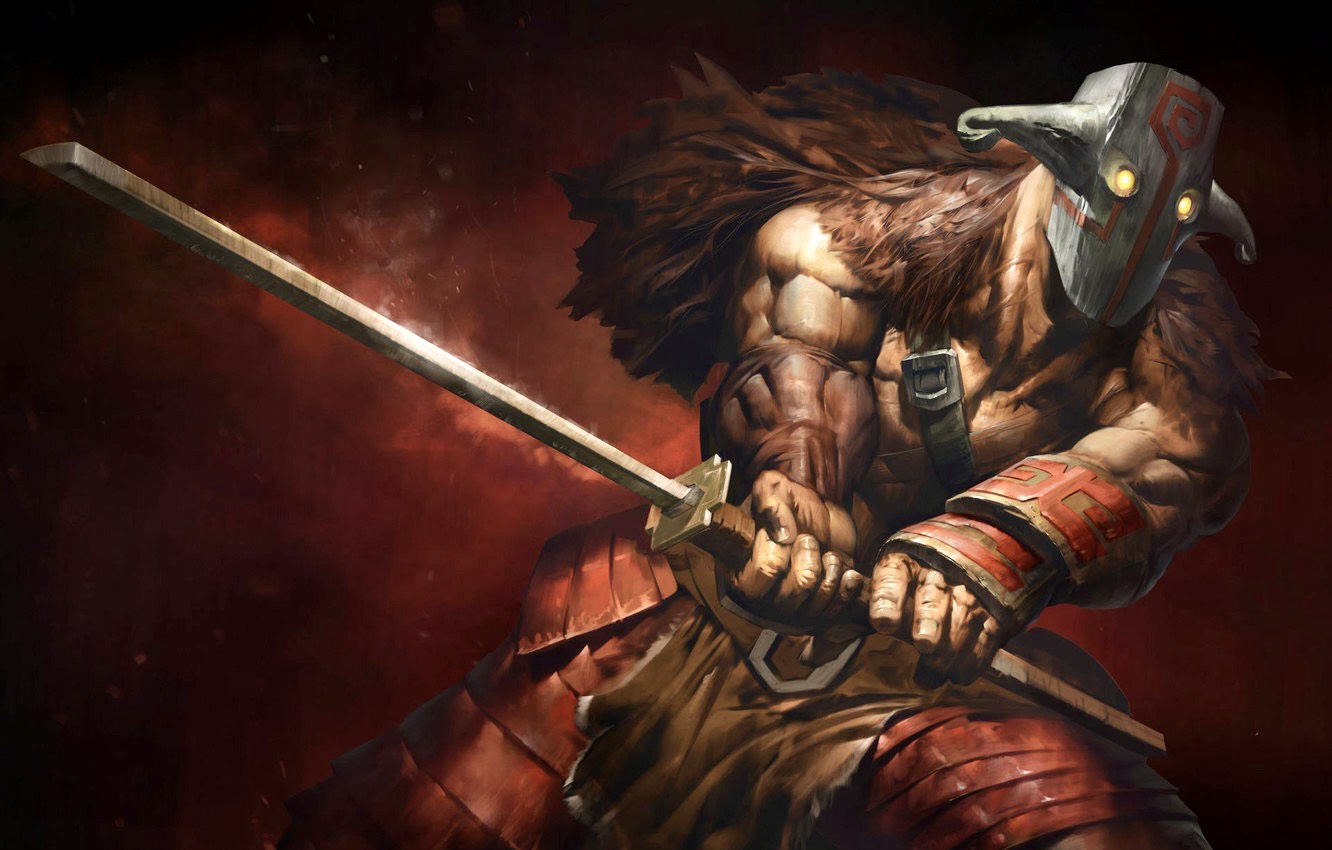 There are many methods to launch Juggernaut, but there are a few important considerations to keep in mind while making your first purchases. Always have a health-restoring item with you. Generally speaking, Iron Branches are a more profitable gold investment than Slippers of Agility. Unless you have a VERY precise approach in mind, do not purchase Boots of Speed first. It's usually a good idea to take one or two Clarities.

Effect: Creates a violent bladestorm that surrounds Juggernaut, making him magic-immune and harming nearby enemy units.

Effect: Summons a Healing Ward that, based on the maximum health of all adjacent allies, heals them. After being called, the Healing Ward moves at a speed of 325. 25 seconds long.

Effect: Gives Juggernaut the opportunity to cause critical damage with each strike.

Effect: Juggernaut charges the enemy units it wants to cut, then attacks them and any other enemies in the area more quickly. Juggernaut is impervious for the time being.

Boots of Speed: Give a constant speed boost, improving escape and catching up. Later, they could be incorporated into Phase Boots.

Magic Stick: Is a helpful item for mana and healing bursts if the adversaries in the lane cast a lot of spells. Later, it can be transformed into a Magic Wand.

Phase Boots: Give Juggernaut faster movement so he can keep foes within the range of Blade Fury.

Magic Wand: Is superior to the Magic Stick in terms of additional characteristics and burst health and mana.

Diffusal Blade: Gives Juggernaut an efficient attack damage advantage in Manabreak while enhancing its intelligence and agility. Juggernaut is able to slow down adversaries thanks to its active Inhibit

Manta Style: Can end pauses and aid in split pushing. Diffusal Blade can be used in conjunction with it to increase damage output.

Mask of Madness: Gives Juggernaut cheaply increased attack speed and lifesteal to increase the effectiveness of his farming. The active can be utilized for additional slashes during Omnislash.

Abyssal Blade: Gives the chance to bash, which Juggernaut appreciates given its low base attack time and respectable agility, as well as the ability to actively stun enemies in the late game to lock them down.

Black King Bar: Is advantageous when Blade Fury cannot adequately defend against the opponent team's magical damage. In contrast to Blade Fury, the Black King Bar has a maximum duration of 9 seconds and permits Juggernaut to attack while it is active.

Drum of Endurance: Enables Juggernaut to move significantly earlier than other carries and run faster.

Blink Dagger: Is practical as an initiation or escape item because Juggernaut's Omnislash necessitates a rather close range.

Desolator: Lowers the target's armor, causing Juggernaut's strikes and Omnislash to deal more damage. Since this influence has an impact on towers, pushing can also benefit from it.

Eye of Skadi: Targets inside the attack range of Juggernaut and the radius of Blade Fury are kept by the award of attributes and a slow on attacks.

Mjollnir: Is a logical improvement over Maelstrom that grants a significant increase in attack speed for additional lightning procs and Omnislash assaults.

Nullifier: May counteract the slow impact of several challenging items, such as the Ghost Scepter and Eul's Scepter of Divinity. Juggernaut also has a fast attack speed.

Lotus Orb: Potentially protect the target from harm from Omnislash.

Shadow Blade: If Juggernaut does not possess True Sight, can halt Omnislash. However, he can still utilize Dust of Appearance when using Omnislash.

Manta Style: Produces illusions to support Omnislash as a tank.

You could wish to pick up stuff in a different order depending on how your lane is going and how your farm seems. Consider picking up early on, for instance, if your lane is relatively safe and you've even secured an early first blood or kill. Go straight for your lane buddy if they want to gank. Consider finishing if you discover that the opposing team is constantly bugging you. Turn the iron branches into if the opponents in your lane frequently use spells.

Keep in mind that adaptability is the key to DotA. By 10 minutes, if your lane is progressing well, you ought to have at the very least the following: You need to be close to finishing a Concentrate on finishing your as quickly as you can. The rate at which you acquire your Battle Fury will be slowed down if you choose to complete instead, which will also slow down your mid-game farm.

You should have these two items farmed up by the 24 minute mark, assuming 240 GPM or so (which is on the low-side if you're farming well): At this point, Juggernaut truly starts to shine. The majority of your player damage early on was dealt by Blade Fury, with the ult being added for good measure. Juggernaut's damage starts rapidly increasing, though, with a Blade Fury and two Power Treads. As your mid-game presence can quickly change the course of a conflict, you should participate in team fights frequently. You don't want to allow your farm to go lax, so be sure to keep farming.

Battle Fury will speed up your farming while also giving your hero regeneration and the ability to cleave. If a support hasn't already started stacking your ancient camp, ask them to do so before you start killing the stacked ancients. In the early stages of the game, some players choose to acquire it instead of Power Treads in order to increase Blade Fury's damage. You can choose which pair you want to wear, however Power Treads are typically the preferred option because they provide you a stat benefit and faster attack speed.

Juggernaut gains an incredible damage boost from Desolator, and the enemy he strikes with it receives a debuff that reduces armor. Desolator is a very potent equipment on Juggernaut, yet it only costs 4100 to obtain. Juggernaut cannot use things like Satanic, Diffusal, or other items of the Orb type since Desolator IS an Orb effect. The second item I recommend is because it may be highly damaging to not have a life steal on a carry.

Juggernaut is given an AoE life steal by the aura from Vladimir's Offering, enabling it to stack with Desolator. Additionally, it offers everyone within a 900 unit radius of Juggernaut armor, mana regeneration, and a 15% increase in base damage. With these two items, Juggernaut will start dealing 500+ critical hits to heroes, and tankier characters won't be as much of a threat.