"No sorcery lies beyond my grasp."

Each magician can use 1 or 2 different spells, some can even learn long enough to become a witch, but only the most talented can be recognized as a magician. Magician. However, each magician is a self-righteous person, everyone thinks he is the best, healthy competition has never been recognized by the whole community.

Known as a famous magician and scholar in the magical world, Rubick never thought he was qualified to become a Mage, until he was assassinated for the 17th time, which is strange. happened. Like every other time, when he threw the loser from his tower, he suddenly realized that his life was boring.

All the things that he had previously enjoyed, such as interrupting his chanting or summoning fireballs with his bare hands, were now in the palm of his hand. He yearns for greater challenges, so he puts on his battle mask, and does what any Mage who wants to reach the top must do: declares to kill a Mage.

Rubick quickly discovered that, declaring war on a Mage meant declaring war on the entire community of Mage, they would pour their power on him. Every single magic of a Magician was like a flood, every attack was a move full of calculation.

However, soon a strange thing happened, all of Rubick's opponents discovered that they were being countered by their own magic. Inside the vortex of magic, Rubick smiled softly, subtly reading and copying each person's magic one by one and then using it to attack another, sending those who were opposing him into a panic. The feeling of betrayal began to spread among the Magicians, and they began to attack each other, because they themselves could not identify who was attacking them.

The battle of the end also ended, all the Magicians were annihilated, frozen or even cut into small pieces. Not only one but even many people died at the hands of their own comrades. Rubick stood outside looking tired but full of joy. No one dared to oppose Rubick's request for a promotion to the Council of Mages, whose highest authority had to agree to give him the title: Great Mage. 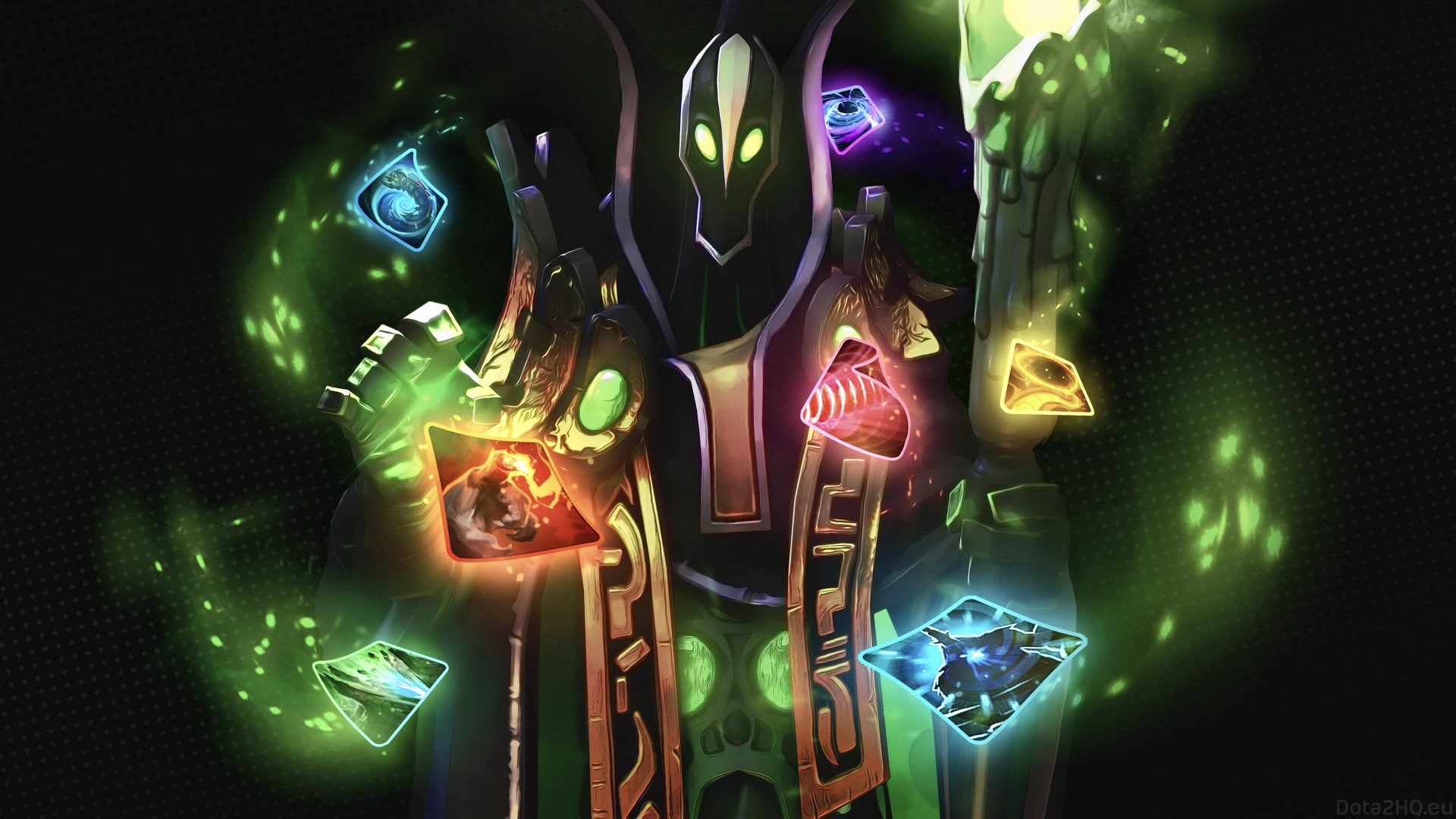 Get 1 point of Telekinesis at the first level to have a control skill and can throw enemies into stuck corners if there is a fight in complicated terrain (like in the forest, near hills, where to pick up runes) . Fade bolt is Rubick's main damage ability while also reducing enemy damage, so it is very beneficial to start early game clashes that will be maximized first, then Telekinesis to increase target control time. Target, Null field from mid game onwards shows a clear advantage because the opponent already has quite a lot of damage from skills. Ultimate get the correct level.

Effect: lifts the target enemy into the air then let them fall to stun enemies below, Rubick can also throw the enemy into an arbitrary location with an extra ability.

Note: when you choose a throw position, when the time is up to lift, the new object will be thrown into that position. Lifted objects take effects similar to stuns (cannot move, attack, use skills or equipment).

Use after using Telekinesis to choose where to throw the target to the ground.

Effect: Copy the last skill the target used, Rubick will gain the skill stolen for the current level that the enemy gains points on.

Bonus Effect: if the steal skill has an upgrade effect from Aghanim's Scepter, Rubick gets the full effect when using the stolen skill.

Effect: Rubick's arcane expertise allows him to cast spells with a greater range and generate spells that endure longer on opponents.

Boots of Speed: Telekinesis is a powerful disable that requires Rubick to reach close enough to cast, hence Boots of Speed are vital to have early on as Rubick.

Magic Wand: Rubick's stats are improved by using the Magic Wand, which provides more burst HP and mana regen with up to 300 immediate replenishment for both. Even late in the game, this might be enough to cast one more game-changing stolen spell in a fight.

Arcane Boots: Rubick benefits from Arcane Boots since he can steal the enemy's spells. They expand his mana pool and enable him to replace his own and his friends' mana as needed.

Blink Dagger: Blink Dagger is a must-have equipment for Rubick, and it should be purchased as soon as possible. Rubick's ability to swiftly reposition himself improves his durability as well as his ability to employ Spell Steal, or any spells stolen by it, when the time arises.

Force Staff: For Rubick, Force Staff performs a similar function as Blink Dagger, but with the extra bonuses of increased Intelligence and HP regeneration. It's a lot easier to make, and it can be used as a backup repositioning tool after Blink Dagger, or as a cheaper alternative if you're having difficulties harvesting. It may also be used on teammates to offer them extra mobility for initiation or escape, and on foes to disposition them or shatter their Linken's Sphere before casting a disable on them, unlike Blink Dagger.

Glimmer Cape: The Glimmer Cape is a situational item that primarily serves as a utility item, but when utilized properly, it may be extremely powerful. Rubick can utilize the active to initiate by strolling invisibly rather than utilizing his Blink Dagger, or to protect himself or an ally from enemy magic nukes (or to help them escape). It's especially beneficial when using stolen channeling spells because it prevents easy interruption.

Aether Lens: The Energy Booster component of Arcane Boots may be disassembled to obtain Aether Lens, which is a good buy. It improves the cast range of all of Rubick's spells, particularly Telekinesis and Spell Steal, providing him improved disable range and allowing him to securely steal spells from a long distance (as well as utilize any successfully stolen spells from greater range).

Aghanim's Scepter: Rubick's teamfight contribution is greatly enhanced by Aghanim's Scepter, since he can potentially steal an enemy spell every 2 seconds and utilize it against them. Rubick's health and mana pools will benefit from the boosted stats, and the greater cast range will allow him to steal a spell without using his Blink Dagger. In addition, he can apply Aghanim's Scepter's enhancements to any stolen spells.

Faerie Fire: As a mid Rubick, Faerie Fire can be a powerful consumable. It provides a minor boost to last-hitting power and can be used as a last-second lifesaver in the event of an opposing gank.

Null Talisman: Null Talisman is a good starting item for a mid Rubick since it gives him additional last-hitting power, allowing him to contend with the opposition mid.

Bottle: Bottle is also important to buy early on as a mid Rubick. It enables him to restore his HP and mana in order to go head-to-head with his lane opponent, using his spells to disable and nuke as needed. It can boost Rubick's mana pool past the laning stage, allowing him to use stolen spells to their full potential.

Sentry Ward: Sentry Ward blocks enemy map visibility, allowing you to sneak up on them and steal their spells.

Urn of Shadows: When playing as a roamer, the Urn of Shadows can be a great utility and survivability item. The increased strength and armor improve your survival, while the mana regen boost helps you keep your mana pool up to date. The item's active can be used to add another damage nuke to the mix or to heal yourself or teammates after successful ganks.

Tranquil Boots: Tranquil Boots aren't particularly strong on Rubick, but they can be used as a support or roamer depending on the situation. Rubick's resilience is aided by the passive HP regen, and his base movement speed is boosted, allowing him to better position himself for casting his spells.

Ghost Scepter: The Ghost Scepter is a useful item to buy on any support, and Rubick is no exception. Being immune to physical damage might afford Rubick extra time in the face of the enemy's carry, allowing him to steal or perform stolen spells to alter the outcome of a teamfight.

Veil of Discord: Purchase of Veil of Discord might be a handy utility item. It gives Rubick a lot of intelligence, as well as more HP and armor, and the active ability can be used in conjunction with Arcane Supremacy to maximize his nuking capability. It depends on the types of spells that can be stolen from the enemy, as well as if your team has a lot of magic nukes.

Black King Bar: Unless you have stolen a spell that can pierce spell immunity, the Black King Bar prevents you from doing anything to a hero other than stealing spells.

Linken's Sphere: Although Linken's Sphere prohibits Rubick from stealing a spell, he can still breach the Spellblock by using his failed theft or other spells.

Diffusal Blade: Rubick's mana pool will be depleted by Diffusal Blade, preventing him from spamming his abilities or any stolen spells.

At the beginning of the game you can roam or stick to the lane, whatever, because Rubick is a very versatile support from the normal skill set to the ultimate. When roaming, your simple job is to dodge the enemy's ward (can plug a Sentry to destroy the observer ward or use Smoke of Deceit), stalk, lift the enemy and throw it to a disadvantage (usually the field). your team is standing) or in many cases can throw away to protect teammates. In lane support, the task is not too difficult: pull jungle monsters, stack jungle monsters to carry farm and prevent your lane creeps from rising too high. When reaching higher levels, it is recommended that you use Fade bolt to pull the enemy's blood, not to finish it, your teammates need more lives, Rubick doesn't need too much money to become domineering, that's why it is from his ultimate.

At this point you should go with the gankers of the team to earn some lives, and at the same time create space for the important members to farm. Rubick needs a mischievous mind when playing, because stealing spells seems simple but difficult, especially if you are not careful, you will steal useless spells for yourself (eg. such as Pudge's fart, Ax's howl, Morphling's Morph, etc.). Pay attention to fully warding in important positions: when ganking, go to the opponent's yard, and protect carry, plug in the riverbank, the entrance to the forest. Town portal scroll is an indispensable equipment in this phase so that you can conveniently roam, gank / counter gank all kinds.

This stage you should go next to the team members, and do not forget the task of warding to control the map. In total combat, you try not to stand out to receive control skills, the most important thing when playing Rubick is that you use your ultimate in a mischievous way, otherwise it will be a waste of your potential. this support. Take a simple example: the Tidehunter guy blinks on your team and then uses his ultimate then his ally will enter the next, if you dodge and quickly grab the watermelon Tide's ultimate, you absolutely can turn the combat over because at that time the enemy will not take any precautions, in their head they only have the thought of killing and killing, with 1 hit of the ultimate steal, cool, the enemy team is stunned, at this time your team has also woke up from the attack. stun, just flip the bet. Don't forget the 2 skills Fade bolt and Telekinesis are still very useful in this phase, remember to use them when entering combat.