"Failure is just another kind of success. The wrong kind."

No Darkbrew had ever demonstrated the kind of imagination, aspiration, and carelessness that young Razzil exhibited while studying the sacred science of Chymistry, despite this being a family tradition. When he reached adulthood, he abandoned the family business to try his hand at creating gold through alchemy. Razzil declared he would turn an entire mountain into gold in an act of audacity befitting his reputation. After spending two decades researching, planning, and preparing, he failed miserably and was soon imprisoned for the extensive damage his experiment caused. Razzil, who was never one to take defeat lightly, sought refuge in order to carry on with his investigation. He discovered the perfect opportunity when he discovered that his new cellmate was a fearsome ogre. Razzil set about painstakingly creating a tincture for the ogre to drink using the moulds and mosses growing on the prison stonework after persuading it not to eat him. It appeared to be prepared after a week. When the ogre drank the potion, it flew into an uncontrollable berserker rage that caused it to smash through walls and guards while destroying the cell bars. They soon discovered themselves lost in the city's surrounding forest, leaving a trail of destruction in their wake but showing no signs of being pursued. In the glow of the tonic, the ogre appeared calm, content, and even eager. The two decided to cooperate and set out to gather the supplies required to try Razzil's Alchemic transmutation once more. 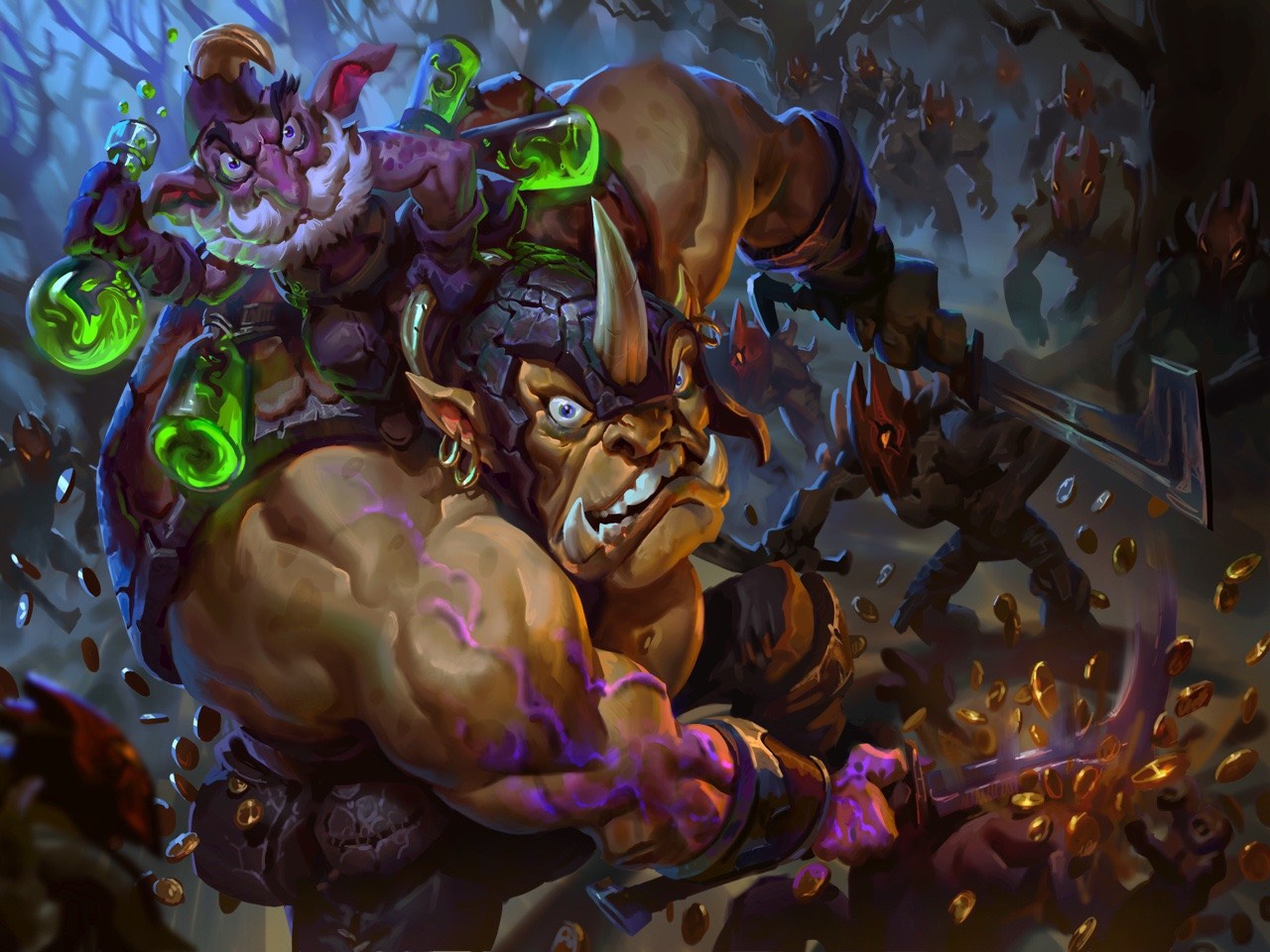 Early on in the game, an alchemist is supposed to farm using Greevil's Greed to quickly acquire his core items. Then we level Unstable Concoction to lengthen the stun and deal more damage. Every time we want to get a kill, we use this skill. We level the final skill, Acid Spray, after we have maximized this one. We employ this skill to farm the jungle, push the lanes, protect our towers, and attack rival towers.

Effect: Sprays acid at high pressure over a target area. Stepping across the contaminated terrain causes enemy units to take damage per second and has a negative impact on their armor.

Effect: An enemy hero can be stunned and damaged in the vicinity of an explosion by an unstable mixture that an alchemist has created and can throw at them. More damage is dealt and the stunned condition lasts longer as the mixture brews. While charging the mixture, the alchemist works more quickly. The mixture reaches its peak damage and stun duration after 5 seconds. If the mixture isn't thrown, it will explode on the Alchemist after 5.5 seconds.

Effect: Alchemist creates more gold from his adversaries and ransom runes. Alchemist gains base bonus gold and additional bonus gold for each kill. Within the following 36 seconds, if Alchemist kills another unit that produces gold, Extra Bonus Gold is activated once more. Bounty runes also produce more gold as a result.

Effect: An ally is hit by an alchemist's potion, which grants them attack speed, movement speed, and HP regen while also applying a basic dispel.

Effect: The base attack cooldown is lowered, movement speed is increased, and health regeneration is increased when the Alchemist puts his Ogre into a chemically induced rage.

Boots of Speed: Give a nice increase in movement speed.

Power Treads: Boost attack power and speed to aid Alchemist in landing last hits. He can use Acid Spray more often in the early to midgame thanks to the intelligence bonus.

Blink Dagger: Increases mobility, allowing the Alchemist to approach the enemies and unleash Unstable Concoction on them.

Boots of Travel: Alchemist is able to farm free lanes while present at the split push lanes. The increased movement speed also significantly lessens his lack of mobility.

Black King Bar: Shields Alchemist from the majority of disables so he can keep dealing damage.

Assault Cuirass: Reduces enemies' armor, which builds on Acid Spray's armor reduction. Additionally, it offers a helpful aura that increases the rest of your team's attack speed and armor.

Radiance: Is a wise choice because Alchemist can quickly obtain it with Greevil's Greed, which is useful when burn damage is at its worst. As Alchemist can use Chemical Rage to stay alive for extended periods of time, it causes significant damage to the opposing team.

Mjollnir: Alchemist's attack speed is greatly increased, and he receives a helpful Static Charge to defend himself or his teammates. Under Chemical Rage, its lightning attack will also frequently go off.

Abyssal Blade: Goes well with the Alchemist's quick attacks and is very helpful in securing an opponent. Additionally, it boosts attack power and increases survivability by boosting health and deflecting incoming blows.

Heaven's Halberd: Gives the ability to disarm a dangerous enemy as well as some strength, evasion, status resistance, and other benefits.

Heart of Tarrasque: Provides Alchemist with an enormous amount of health. Alchemist is very challenging to defeat when combined with Chemical Rage's health regeneration.

Moon Shard: Gives Alchemist faster attack speed without taking up any inventory slots. He could also grant the bonus attack speed to an ally by using Moon Shard on them.

Aghanim's Scepter: Enables the Alchemist to present the item to an ally, providing them with the necessary upgrades.

Assault Cuirass: Decreases the physical survivability of Alchemist and his teammates.

Shiva's Guard: Does the same thing as Assault Cuirass but also slows down the attack speed, decreasing Chemical Rage's effectiveness.

Heaven's Halberd: Apply an irresistible disarm to prevent Alchemist from attacking while in Chemical Rage, forcing him to use Black King Bar first.

Scythe of Vyse: Disables Alchemist, preventing him from using Chemical Rage to heal, and enables heroes to quickly take him out.

Spirit Vessel: Reduces the regeneration of health for Alchemist.

You should farm and last hit creeps in the early game while attempting to stay alive. If your laning partner is a support, stick with him and try to gank with him if he has an effective nuke or stun. All you have to do is slightly harass the enemy, use your stuns, and then begin attacking him to score a kill. Instead of going with the tougher foe, pick the weaker one. When Your Mid-Hero reaches level 6, ask him to gank Your lane.

You ought to have a Hand of Midas by this point, which will increase your gold and experience gains, and you ought to start gold-mining in the jungle and the lanes. With the help of your allies, you can try to push some towers, but focus on obtaining gold for your core equipment. Once you've done that, pressure every lane you can and don't let the opposition carry creeps because if they have a Hard-Carry, you risk being out carried in the late game.

At this point, you ought to have all available slots and be effectively farmed. If you and your allies cooperate effectively, you should be able to begin pushing the third towers and seize the barracks.