Io exists in all planes simultaneously, each fragment of its body can transform into a form of matter at any time. Like the great Twin Knights of Light and Shadow, or any other traveler from the past, Io is as old as history, it is a Fundamental of the universe – something A power older than time, a wanderer from a realm beyond human understanding.

Io is a combination of attraction and repulsion, a manifestation of the force that binds matter particles together. Compressing and controlling these powers is the only way Io can exist in the physical plane. As a form of the power of mutuality and cooperation, Io connects his powers with others, making their powers all the more powerful. No one knows what its purpose is, just as no one can imagine its power, Wisp through the planes of matter, being the perfect expression of the mysteries of the universe. 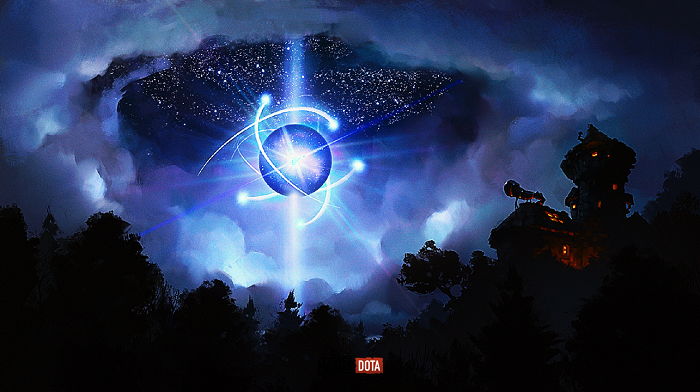 With this general Sp, gamers can choose the first move at will. However, for the most effective combat, you should increase the Tether skill first. This move will help you increase the mobility of both your teammates and yourself. Tether is suitable for early game battles when both sides of the teamfights are still quite slow.

Going to the next level, gamers should increase skill points for Spirits. Thanks to this skill, gamers help themselves Io and Ad quickly push the creeps to the enemy field. In addition, this is also a way to increase damage to prepare ganks from the enemy. To help maintain teammates' movement speed, gamers can also increase Overcharge.

Effect: Io creates a link with an allied unit, when the link is created, Io and that ally gain movement speed, and the linked ally gains 1.5x the ability to heal. Io's recovery every time Io recovers health or mana. Enemies that touch the link are briefly slowed. Reactivating this skill will unlink sooner.

Note: when cast at a distance from the target, Io will automatically dash to the target being cast and then stop at 300 distances next to that target.

Effect: Break the link to the tethered unit.

Effect: Releases 5 souls that fly around Io for 2.3 seconds in turn, these souls deal 8/14/20/26 damage each time they pass through an enemy minion or monster. If it hits an enemy champion, the soul explodes dealing 25/50/75/100 to that champion and surrounding targets, or explodes when the timer expires. This skill has 2 secondary skills to increase the radius of rotation or decrease the radius of rotation around Io.

Note: this skill gives a bit of vision where the soul is going.

Effect: Summon spirits closer to you. Can be turned on or off.

Effect: Push the spirit away from Io. Can be toggled on/off for the spirit to pause or resume.

Cost per second: 4.5% of current mana and health

Bottle, available at the Secret Shop, restores both ally's health and mana with Tether.

Urn of Shadows heals Io while Tether passes that healing to an allied target.

Magic Stick instantly restores mana and health to both Io and a tethered ally.

Soul Ring grants strength and health regeneration. More importantly, Io can pass the created mana to the tethered ally so both parties can use their respective abilities. Consider items like Tranquil Boots or Helm of the Dominator that boost health regeneration to sustain the health cost of Soul Ring.

Arcane Boots restore a large amount of mana to Io and allies with Tether.

Mekansm heals Io's tethered partner for much more than the standard 275. It also provides a health regeneration aura to boost survivability.

Helm of the Dominator provides extra health regeneration for tethered allies, and has an attack speed aura that stacks with Overcharge.

It also allows Io to dominate a creep to take advantage of its auras and abilities, as well as boosting the movement speed of both parties thanks to Tether, giving Io an option of skipping buying boots.

Guardian Greaves, built from Mekansm and Arcane Boots to save an item slot, restore a huge amount of health and mana to Io and its team, especially with Tether.

Glimmer Cape allows Io or allied targets to escape from enemies with invisibility and magic resistance.

Tranquil Boots heels Io and tethered allies more if they do not need the mana from Arcane Boots.

Pipe of Insight grants an aura of health regeneration and magic resistance, a great item to absorb magical damage.

Vladmir's Offering has a useful aura with many perks, including bonus attack damage and lifesteal, enabling allied physical attackers.

Solar Crest further buffs allied targets with attack speed, movement speed, and armor. Moreover, Io can use it on the enemies to slow and remove their armor.

Scythe of Vyse provides a valuable disable, some useful attribute bonuses, as well as mana regeneration which can pass on to tethered allies.

Io's gameplay is quite complicated and tiring at every stage of the game because the ability to bond with teammates is the most troublesome thing when you play this hero. Io has a relatively good initial roam/gank ability and average protection.

When laning with teammates, your job is to pull jungle camps, deny minions, and poke the enemy's blood with Spirits (W) and use Tether (Q) appropriately, supporting teammates to run away. /chasing/recovery. When roaming, you have the advantage of range thanks to the ability to link and pull yourself close to the target of the link very far and slow down up to 100% of the enemy's movement speed when they touch the link.

This is the time when you should gank a lot with your teammates. Once you have the skill Relocate (R), you can create the most unexpected ganks on the enemy, but to do this you need to have full vision, so warding in this phase is very important.

Or you can save your teammates in many situations like dragging your teammates home with your ultimate then disconnecting then you come back to sacrifice while ganking or standing in a small teamfight, you choose a favorable position after Link with allies and then use Overcharge (E) in combination with healing items to increase attack speed, reduce damage taken, and heal the linked ally.

You can play the role of the initiator in this phase by dragging your initiator or tanker/ganker into the middle of the enemy formation then backing out. Re-apply the way of linking in the middle of the game for team fights at the end of the game, and at the same time take full advantage of the opportunity if the opponent slips away, what are you waiting for without dragging your ganker/carry team to pick it up.