Silencer is a ranged smart hero that may be used as a support, carry, or initiator in battle. He is one of the few intelligence heroes that can genuinely profit from intelligence items, and he is particularly effective against spell-heavy heroes, since he can quiet them while taking their intelligence and increasing it to his own.

Throughout the game, he is a well-known anti-caster hero who can cripple spellcasters and impair their magical skills. Arcane Curse slows and causes foes to lose health for a specific period of time, but the length of the debuff increases with each spell the enemy performs, compelling them to either wait until the debuff expires or cast spells and risk taking more injury. If Nortrom's target casts a spell, Last Word casts a curse that harms and silences the victim for a long time.

The consequences are the same if the victim does not perform a spell before the curse period expires. Glaives of Wisdom is an active attack modifier that does pure damage equal to a percentage of Nortrom's intellect and steals intelligence with each strike.

Furthermore, the glaives allow him to take the intellect of enemy heroes who die near him or are directly slain by him and add it to his own intelligence. This not only rewards his presence in teamfights, but it also strengthens his glaives as the conflict progresses. Nortrom's ultimate, Global Silence, temporarily silences all opponent troops on the map. A well-timed Global Silence can save you or an ally, start a teamfight, or sabotage the enemy's initiation. 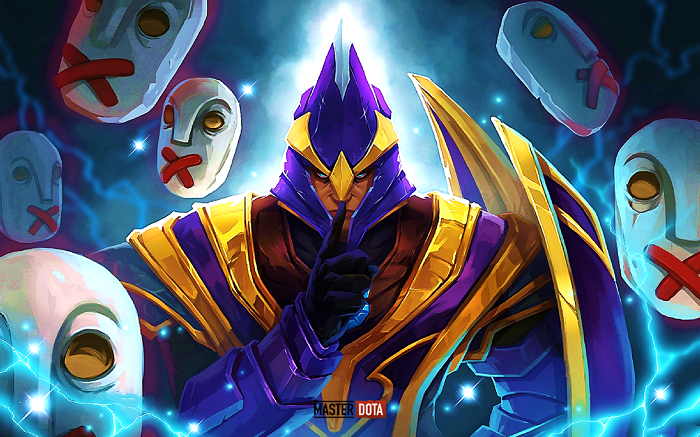 There are two ways to increase Silencer's skill, depending on the target enemy hero in the same lane. If the opponent is a skilled hero that uses a lot of mana, you should max out Curse of the Silent first, use it to force the opponent to use the skill and consume all of your mana.

On the contrary, if the enemy is a hero that can cast skills that cost less mana, you can max out Last Word first because then, Curse of the Silent will have almost no effect on the enemy. In addition, Glaives of Wisdom should be increased by 1 point initially to harass and gain Intelligence when ganking.

Effect: Curses the target region, inflicting damage on enemy heroes and decreasing their movement speed. Enemies who are silenced take 1.7 times the amount of slow and damage. The duration of any spell cast by afflicted opponents is enhanced. As long as the target is quiet, the cooldown is halted.

Effect: Silencer imbues his glaives with knowledge, causing them to deliver increased damage dependent on his Intelligence. With each hit, Silencer momentarily takes his target's IQ.

Effect: Enchants a target, giving them eyesight and causing them to be injured and silent if they cast a spell or the enchantment duration runs out. Increases the amount of damage dealt dependent on the intelligence gap between Silencer and the target.

Effect: Silencer pauses all sound, making it impossible for opposing heroes and troops on the map to perform spells.

Magic Wand: Magic Wand has all of the advantages of Magic Stick, plus stats and more charge storage. Even as a carry, Silencer is vulnerable to opponent attacks, therefore burst HP regen is always beneficial.

Boots of Speed: Silencer may utilize Boots of Speed to get close enough to perform abilities and perhaps obtain kills or assists, allowing him to enjoy Intelligence Steal.

Witch Blade: Silencer's greatest initial item is the Witch Blade, which provides him with intelligence, armor, attack speed, and a fantastic passive that synergizes with the passive benefits of glaives.

Hurricane Pike: Hurricane Pike can be used as an escape device for himself or a teammate, or to close the distance on a fleeing adversary, or to drive an enemy out of position. It also extends his assault range, allowing him to finish off an opponent at long range with four glaives.

Orchid Malevolence: Orchid Malevolence is an excellent item to stack on a carry Silencer, since it works well with all of his spells. Orchid is the sole item that provides a high amount of int, mana regeneration, attack speed, and attack damage in one place, all of which Silencer requires to be a viable carry.

Bloodthorn: Bloodthorn, an improved version of Orchid Malevolence, adds more critical strike and True Strike to counter evasion and take out even the most tanky heroes.

Scythe of Vyse: Scythe of Vyse is a powerful disable. It also grants him intellect and strength, as well as great mana regeneration, allowing him to maintain his talents.

Black King Bar: Silencer's durability is considerably increased by Black King Bar's strength and spell immunity, allowing him to continue to do damage without fear of opponent disables.

Drum of Endurance: In the early game, the Drum of Endurance suits an attacking Silencer, enhancing the power of pushes and improving his ability to follow adversaries with movement speed.

Glimmer Cape: Silencer and friends gain invisibility and magic resistance when wearing the Glimmer Cape, allowing them to flee.

Blink Dagger: No matter what function Silencer plays, Blink Dagger is a potent mobility tool. He can easily position himself as a support to throw his disables on the opponent, as well as dodge enemy ganks.

It offers him good positioning as a carry, letting him to move rapidly into a fight and strike after his ultimate disables the adversary. Alternatively, you may just blink in to grab information from enemy heroes who are dying.

Rod of Atos: Rod of Atos gives intellect and strength, as well as a root that may be used to catch foes off guard or keep them in place as Silencer retreats.

Shiva's Guard: Shiva's Guard is a well-rounded item that enhances Silencer's resistance to physical damage while simultaneously giving him extra intellect to fuel his abilities and attacks. Slowing down might also make it easier to track down fleeing foes.

Nullifier: Nullifier works nicely with quiet to prevent adversaries from using abilities or items while also slowing them down whenever an assault hits them.

In level 1, grab your Glaives of Wisdom and prepare to trade blows with the adversary while your creeps focus on him and his creeps ignore you. Concentrate on maxing up your last word, and after two levels, consider repeating it. If your opponent has a bottle, do some standard rune checking and last hit as much as possible.

You have the option of receiving the Curse of the Silent or maxing your Glaives of Wisdom at this time.

When there is a mid-game difficulty, I max glaives, but keep in mind that if you don't obtain early curse of the silence, it will be worthless in the late game, so it won't be as beneficial against your adversary midder, but it can perform wonders on your ganks, so think twice before you skill glaives.

Silencer may grab a headdress for his partner, pull the creeps for him, and spam curse of the quiet on the opponents, which I don't enjoy. He isn't ideal as a support, but he isn't horrible either. Thanks to Glaives of Wisdom, he can haras free of agro, which is useful when trading hits with creeps between you and your opponent.

If you're a mid silencer or a sidelane farmer, now's your chance to shine and take even more intelligence from your opponents. I recommended Dagon, which is rather unconventional yet effective for one simple reason: You have good Damage over time but no burst, thus it's less likely that someone will die from you and you'll be alive to acquire the information. So, Dagon addresses your problem, but only updates it if you're rapping very hard.

Force Staff, on the other hand, is more traditional (if you have the damage to kill the enemy), not as powerful as it formerly was (providing as), but still useful for chasing or getting out of difficulty.

If you're a support silencer, make sure you have your Mekansm and try to construct Force Staff to save your allies. There's not much to say here; get observer wards/Sentry Wards, install them, grab Smoke of Deceit for the squad, and stick close to them because you're far too squishy to venture out on your own.

You should be rapping the adversaries at this time, and even the tougher foes should be killable. Normally, you should try to isolate heroes with your team by using smoke ganks, or you should kill 1-2 heroes during global silence and chase the others in large teamfights. Black King Bar and Scythe of Vyse are critical late-game silencer equipment. Unless your allies feed them, you will have 90% control over the foes if you have both.

A decent timing on Global Silence is very important while playing good silencer. Ultimate should be utilized 1-2 seconds after your team's invitation to ensure that your initiator does not burst down and that your squad follows him to crush the enemy. Also, stay close to your teammates. You should be close enough to be focused but not too close to die. The most difficult aspect of this hero's job is positioning.