“Killing is the last resort, true. But the other resorts don’t even have a pool.”

Kardel Sharpeye was born in a remote place deep in the Knollen mountain valley. Here, since time immemorial, its inhabitants have lived by hunting bizarre creatures known as Steepstalkers, which often crawl across the cliffs above their villages. They kill them from afar, then collect the bodies where they fall. Sharpeye was one of the best snipers of that strange tribe, to him, guns were like a part of the body, and aiming was as simple as a light touch.

Then, on the day of the summoning, the day Sharpeye would gain his rightful place in the village, he had to undergo an ancient test: Use a single shot from the bottom of the valley to bring him down. a Steepstalker crawling on a cliff. If it failed, it would be an insult.

In the gaze of his entire clan, Sharpeye raised his gun and pulled the trigger. A Steepstalker fell, and the crowd cheered. However, when cutting the meat of that animal, the whole village began to quiet down and become silent. The Elders discovered that Sharpeye's bullet had passed through the midpoint of the Steepstalker's eyes, and dug deep into its upper jaw. This is exactly the bad omen mentioned at the beginning of a dark prophecy of evil: The one who fired this shot, will become a great man, but at the same time will be exiled.

Therefore, Kardel Sharpeye the Sniper had to leave his hometown with his relatives, because he was cursed by his own shooting technique. And, he will not be welcomed back, until the rest of the prophecy is fulfilled by becoming a legend on the battlefield. 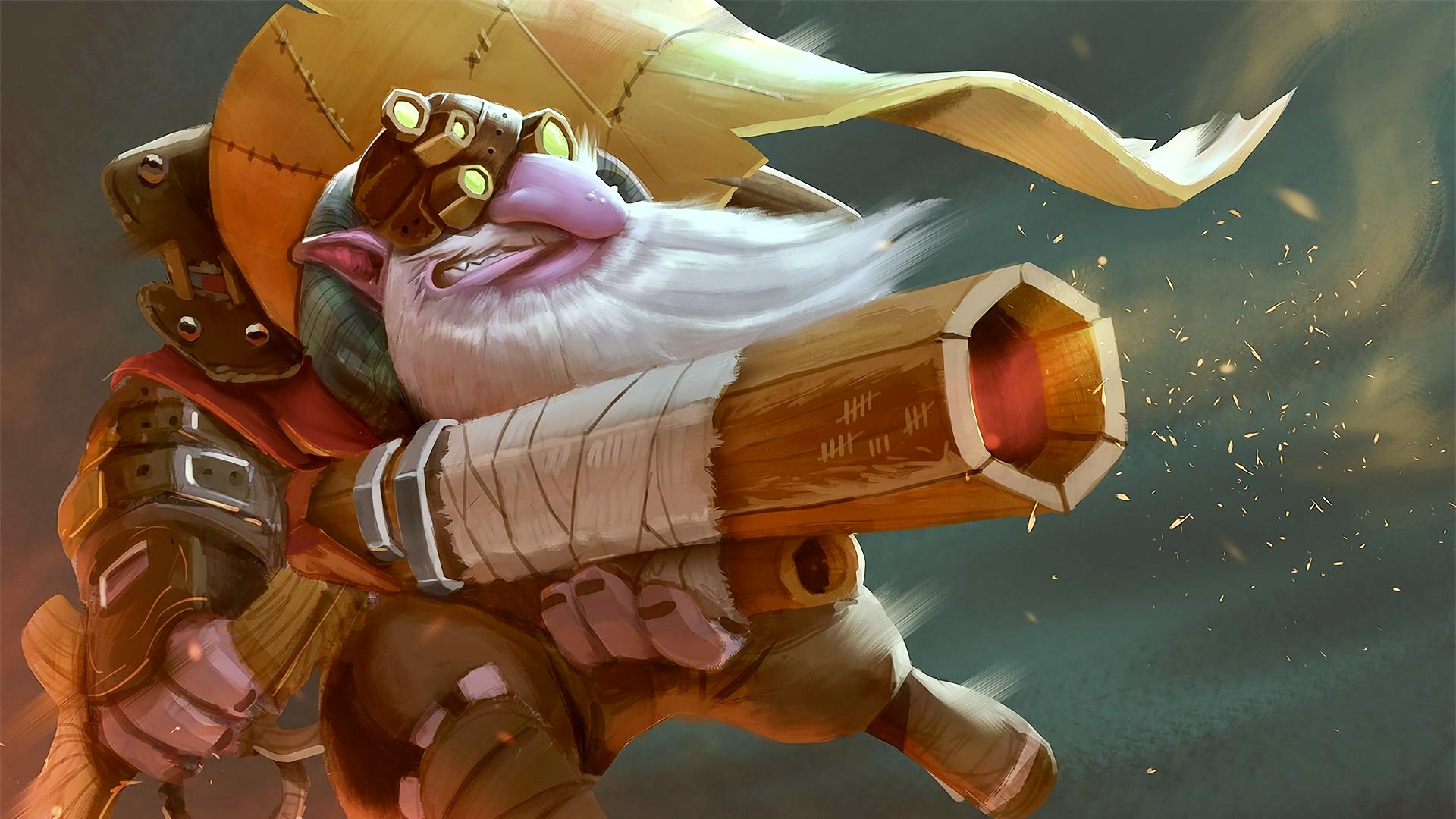 This is a very popular build at this stage, very effective for amateurs and pros, suitable for mid or solo in another lane. Maximize Shrapnel (Q) first because this skill deals a large area of damage and is extremely large (with 3 points and 50 mana used, every x3 damage increases, not to mention the slow from this skill is effective). very good control tool), followed by Take aim (E) to increase Sniper's attack range, allowing him to shoot comfortably in a safe position. Headshot (W) is maxed out last, because at this point Sniper has quite a bit of attack speed to show the hegemony of this skill. Ultimate of course get the correct level.

Effect: stores 1 point of using this ability every 40 seconds. When using this ability, Sniper fires a cannon into the sky, which explodes and causes a rain of shrapnel at the specified location for a period of time. Shards deal 12/24/36/48 damage per second and slow enemies that enter the area. Shrapnel yards do not stack damage.

Effect: Each Sniper's basic attacks have a 40% chance to deal 15/40/65/90 bonus damage and slow the target's movement speed with attack speed for a very short duration.

Effect: aim and lock a target, after 1 align time, Sniper fires a powerful bullet with absolute accuracy, dealing 355/505/655 damage to target and stunned target in a very short period of time.

Effect: 475 troops are knocked back, slowing them by 50% and disarming them for 3 seconds. It inflicts 125 damage. You are pushed back 475 units from the target location.

Magic Wand: The Magic Wand comes in handy in an emergency and provides Sniper with some much-needed survivability.

Wind Lace: Wind Lace is normally picked up by supports, however it might help Sniper compensate for his lack of mobility.

Power Treads: Sniper can swing between strength for survivability, agility for damage, and even intelligence for extra mana to use a clutch Assassinate thanks to Power Treads.

Desolator: Sniper's mid-game damage is considerably improved by Desolator, and its debuff can be safely deployed from a considerable distance on numerous targets.

Dragon Lance: Sniper's attack range is increased to 1190 yards, allowing him to shoot down opponents before they can close the distance.

Mask of Madness: Sniper's attack speed is substantially increased, and his movement speed is moderately increased, thanks to the Mask of Madness. Lifesteal is useful for farming and can save Sniper in a fight, whereas Silence doesn't affect him nearly as much. Satanic is another viable option for increased damage and survivability.

Maelstrom: Maelstrom is very effective against large groups of foes or heroes who have a large number of summoned units, such as Phantom Lancer. When used in conjunction with items that increase attack speed, lightning damage will be triggered on a regular basis.

Daedalus: In the late game, Daedalus grants Sniper tremendous damage and allows him to rip through adversaries in a matter of bullets.

Shadow Blade: Beginners frequently choose Shadow Blade because it provides Sniper with a much-needed escape option as well as the ability to position himself in team battles. When Sniper is cloaked, it also increases the damage of his first assault.

Silver Edge: Silver Edge is a good upgrade to Shadow Blade, and it can be effective on Snipers who are more offense-oriented.

Eye of Skadi: Sniper's survivability is greatly improved by Eye of Skadi, which also adds a slow debuff that helps foes stay inside Sniper's range.

Mjollnir: Mjollnir is a natural development from Maelstrom, yet it is frequently overlooked in favor of other straight damage-increasing items.

Monkey King Bar: Monkey King Bar increases damage significantly and is frequently required to deal with evasion. It does not, however, give any defensive benefits and might be fairly costly.

Butterfly: If Sniper is fighting against physical carries, Butterfly is a pricey but useful equipment. Attack speed and damage improve Sniper's fighting abilities slightly, but evasion and armor increase his survival versus opposing carriers significantly.

Sange and Yasha: With improvements to strength and status resistance, Sange and Yasha increase survivability. It also helps with chasing or kiting foes by increasing movement speed.

Blade Mail: Blade Mail restores all of Sniper's damage, and the duration is typically long enough to kill Sniper or leave him low on health.

Blink Dagger: Blink Dagger is capable of rapidly closing the gap between the user and the Sniper and disjointing the Assassinate.

Lotus Orb: Assassinate is reflected in the Lotus Orb.

At the beginning of the game, you can't beat anyone, unless you have supports, roamers that match roam, gank, you can attack early with 3 Shrapnel (Q) points. With the ability to safely farm because of the long range and the super skill Shrapnel (Q), you can at most draw lane but not lose lane (unless you are too careless). Once you have a certain level of base, you can boldly run up to shoot the enemy's head, scatter Shrapnel (Q), both deal damage, and slow down to gain a bit of vision in the bullet area. , sniping freely, and finishing the target with the ultimate.

In the middle of this game, you can go gank with your teammates, scavenge the net or plug in the farm to continue farming to get a certain amount of items. When standing sniping the enemy remembers to pay attention to the moves, Sniper is not buffalo, a little mistake will make you go to the table to count the numbers immediately. With a very long range, a great Headshot (W) and a very good scavenger ultimate, you can easily take out your target in this phase before they get the items to counter you. Keeping a good position and mana is an issue you need to pay attention to at this point in the game.

This is the time when you need to follow the team, or farm near your teammates so that you can receive timely support or assistance. If you go to split push, ask your support team to fully ward to ensure life. In teamfights or home defense, you time your Shrapnel (Q) to slow down enemies as well as prevent them from using Blink dagger. When pushing the barracks, you scatter Shrapnel (Q) to get vision and then unleash the destruction of the turret. Total Combat, when you have a bkb, you just stay far away from anyone, the enemy team jumps into your team's formation and shoots it, then consider killing other targets (because Sniper is not the Assassin genre).